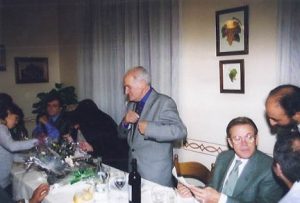 The impulse and the example of the founder Lorenzo Novo, are critical in the development history, in the vision and innovative thinking that guides NOVOMECCANICA. A star of mechanics, the bearer of the Piedmont tradition in the industry and at the same time a tireless innovator who has trained generations of collaborators, transmitted knowledge and formed a unique production system, able to lead to a group of excellent people and machinery. A lasting imprint that has been handed down by NOVOMECCANICA, day after day, through a cutting-edge know-how which guarantees machining for orders that come from every industry, from Italy and the world. From automotive, to machine tools, to molds, until the Aerospace, which is the industry in which Lorenzo Novo first brought innovations and revolutionary productive approaches, which have prime reference suppliers for NOVOMECCANICA and also for the machining of aircraft components and satellites. A permanent momentum in acquiring cutting-edge tools, processed and modified with wisdom and able to push the production capacity toward solutions and speed of execution, that only NOVOMECCANICA is able to achieve.

The story of Lorenzo Novo is one that begins in between the two wars.

Born in Turin, December 9, 1935, he is the oldest of five brothers. Very early on, aided by the difficult post-war period, he rolls up his sleeves to give support to his family and mechanics immediately is his main interest in work and the passion starts, in fact, from repairing bicycles and motorcycles, helping in the early stages even in a firm wood in Montà d’Alba, the country of origin of their grandparents. Soon he works in the firm F.LLI Naretto where eclecticism leads him to tackle a wide range of activities: from turning, milling and adjustments.

In the early sixties, he moves to DIES Rubiolo LAMET, that became BERTOLAMET after, and  is known today as TEA COMAU, where he begins a career progression that sees him go from journeyman, a team leader, a head of department, up to foreman. His curiosity, accuracy and ingenuity leads Lorenzo Novo to travel around the world to teach himself about the delivery and installation of the systems working directly at our client companies.

In 1974, Novo Lorenzo decides to start his own business, with the blessing of his, until then,  employer Mr Rubiolo, who encourages him even materially. In 2 years, in the Rivalta garage, the entrepreneurial adventure is born, with a Rambaudi milling machine, nicknamed “Dekelina” and a lathe. 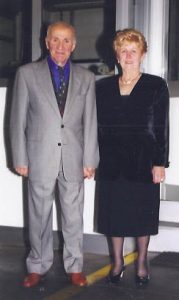 With his wife Maria at his side, he begins a path of dedication and continuous growth. Still in business with us and says ‘it’s really true when they say that behind a great man there is always a great woman, and for my parents it was really so, and they are an example for many couples’. In a short time the business moves into a shed in Rivalta, with new machines and with the first three employees. The work ranged from third parties to the realization of complete projects machined and assembled.

In 1978 NOVOMECCANICA grows. Employment grows to 10 people and the production moves to Volvera. Growth is driven by the ability to balance speed of execution with precision. NOVOMECCANICA is there to support the start of the era of robotics. Lorenzo Novo, with foresight is equipped with boring for large formats and Mecof milling 6 meters, an unthinkable format at the time.

In 1983, Patrizia Novo joins the company and starts training in administrative and managerial aspects. In the same year, Lorenzo Novo has a heart attack, nevertheless he continues to work in the factory, working and personally overseeing the production.

In 1989 the company moves to Bruino, buying with it its own shed, new cranes and equipment.

In 1990 Favide Novo joins the company , dealing with customer relations.

In 2001 Lorenzo Novo dies. Despite the ongoing deterioration of his health, the founder was in the company until the last few days, working with the team, bringing ideas and rigorous attention to detail. The strength and selflessness of his last days have represented
a lasting legacy for NOVOMECCANICA, an example and an incentive to always do better.

His picture stands today in the company’s workshops. Its presence is made even stronger by the activity and the compactness of the people he he taught the dedication to work, the desire to improve day by day and to live with passion the challenges of the most complex operations. 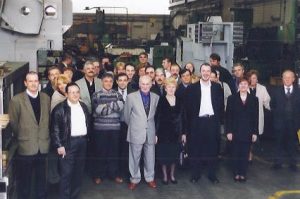 When you visit a website, it can store or retrieve information on your browser, mainly in the form of cookies. Check here your personal cookie services.