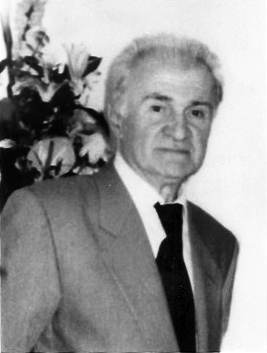 On December the 9th, Lorenzo Novo is born in Turin, the oldest of 5 children.

As a boy, his passion for mechanics led him to work as a repairman of bicycles and motorcycles.

His passion for mechanics leads to his use for the company F.LLI Naretto, for which he succeeds as a lathe, miller and grinder.

His versatility and ability to modify plants to make them more effective for machining, leads him in the early ’60s to the company STAMPI LAMET, then to become BERTO LAMET and today TEA COMAU.

Lorenzo Novo works inTEA COMAU until 1974, climbing the hierarchy in the company, first as team leader, then as head of department and eventually becomes foreman.

The technical skills have led him to travel for the company, when it came to delivering systems and to cure the installation. At that time the founder of NOVOMECCANICA has traveled far and wide in Europe and Japan.

When you visit a website, it can store or retrieve information on your browser, mainly in the form of cookies. Check here your personal cookie services.